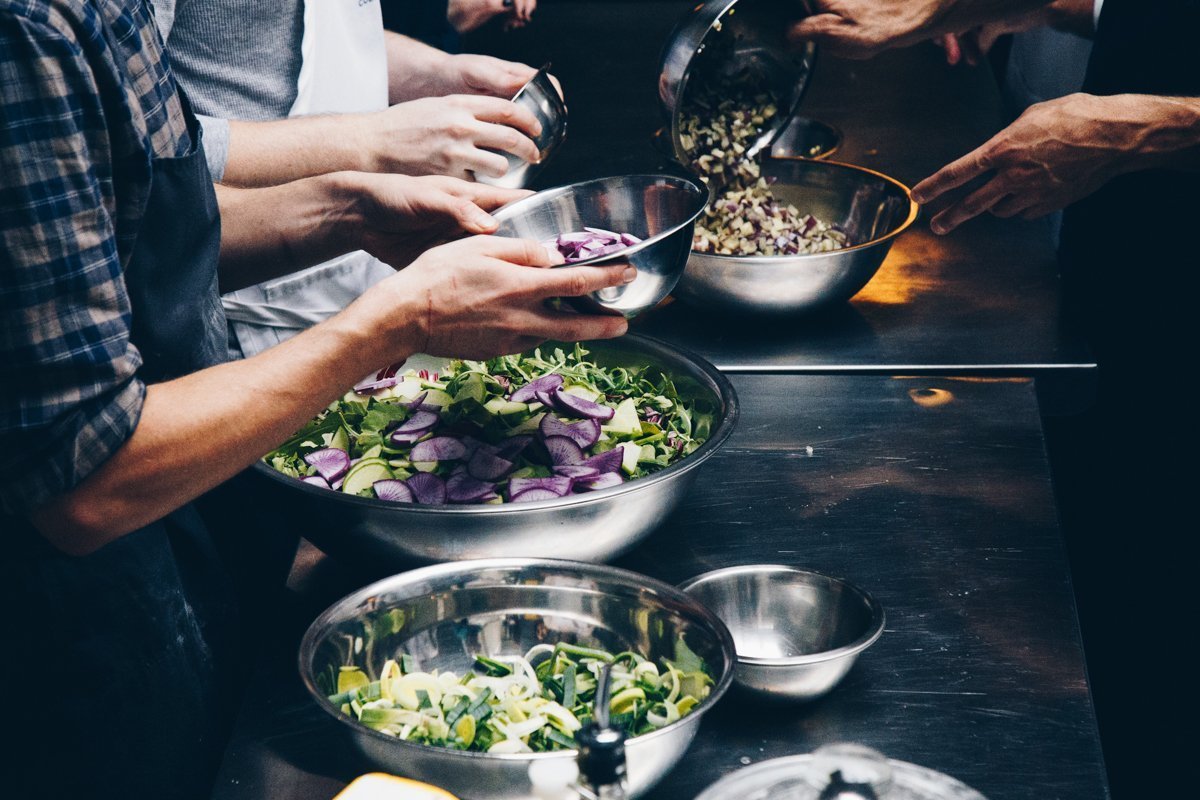 In a culture of convenience, Cook Space Founder Michelle Mannix invites us to reconsider what it takes to cook for ourselves.

The well-lit studio in brownstone-lined Prospect Heights feels like you’re walking into a good friend’s home. Household pans and utensils hang on a whitewashed peg board while culinary books and royal blue Staub cocottes rest below. The geometric tiled room opens up to a high-ceiling kitchen.

Here, students learn how to chop garlic, season carrots, and sear lamb using their senses, cooking basics, and, above all, trusting their instincts. The dining space houses a single long walnut table and chairs outlined by shelves stacked with ceramic dishes and glassware.

After cooking, everyone pulls up a chair to share a homemade meal. Cook Space Brooklyn is a curated culinary and dining studio that invites everyone to roll up their sleeves and get involved in the experience of cooking.

“I purposely wanted to design a space that had a feeling to it,” owner and founder, Michelle Mannix says. “This is a place where students can feel comfortable cooking and realize their capability.”

In a time where people are cooking less and less, Michelle encourages us to return to the home kitchen, find our confidence, and reap the benefits of making a meal through the senses.

Decline of home cooking
When Epicurious food writer, David Tamarkin, proclaimed home cooking is dying in 2017, he wasn’t bluffing. Through a combination of studies, he wrote, “In 1965, 88-95% of meals were prepared at home. In 2007, that percentage dropped to 65-72% with a projected continual drop.”

Making time is essential to home cooking. A 2014 US Department of Agriculture Study revealed that Americans ages 18 and older spend an average of 37 minutes in food prep and cleanup. On the contrary, “American adults spend more than 11 hours per day watching, reading, listening to or simply interacting with media,” writes Quentin Fottrell at MarketWatch in August 2018. Michelle believes if people have enough time to be on screens they surely have time to cook.

Convenience + Media culture
“Our culture of convenience has hijacked our connection with cooking,” Michelle says.

“We live in a food media obsessed culture while rates of home cooking go down and people get heavier and sicker,” Michelle laments. According to Lindsey Smith Taillie’s research in her article “Who’s cooking? Trends in US home from 2003 to 2016,” “it’s evident the popularity of food-related media such as celebrity chefs, food magazines, social media and cooking apps, suggests changes in social norms and values around cooking.” More people choose to eat out, order delivery, or buy pre-made food and stay out of the kitchen.

Perception
In September 2018, Harvard Business Review researcher Eddie Yoon shared that a mere 10% of Americans enjoy cooking. A lot has to do with perception according to Yoon. “In part, Food TV has raised our standards to discouragingly high levels: How many of us really feel confident in our cooking skills after watching Iron Chef?”

According to Michelle there is a misconception that you need to have a certain prowess and expertise in the kitchen to cook. Instead of fearing what you don’t know, “you must experiment and celebrate your mistakes!” Michelle says. She recalls that real chefs at Michelin star restaurant make mistakes too. They just turn it into something else.

Economics
Our departure from home cooking has a host of consequences. The average American household spends around $3,000 a year dining out, according to the Bureau of Labor Statistics examining households between 2012 to 2015 – presuming this sum is much higher for urban dwellers. According to a Forbes study published in July 2018, eating out or ordering restaurant delivery averages five times more expensive than home cooking – especially protein rich dishes – the most expensive entrees on the menu. Taking into account repurposing food saves more money and limits unnecessary waste.

Health
Aaron Carroll’s Simple Rules for Healthy Eating published in the NYTimes in April 2015 echoes most nutritionists – “eat as much home cooked food as possible, allowing full control over what you eat.”

“The best way to control your health and what you put in your body is to be the one who makes it,” Michelle says. The existing wellness culture focuses on diet, exercise, sleep, meditation, and yoga to name a few. “But, why isn’t cooking part of the wellness conversation?” Michelle asks. 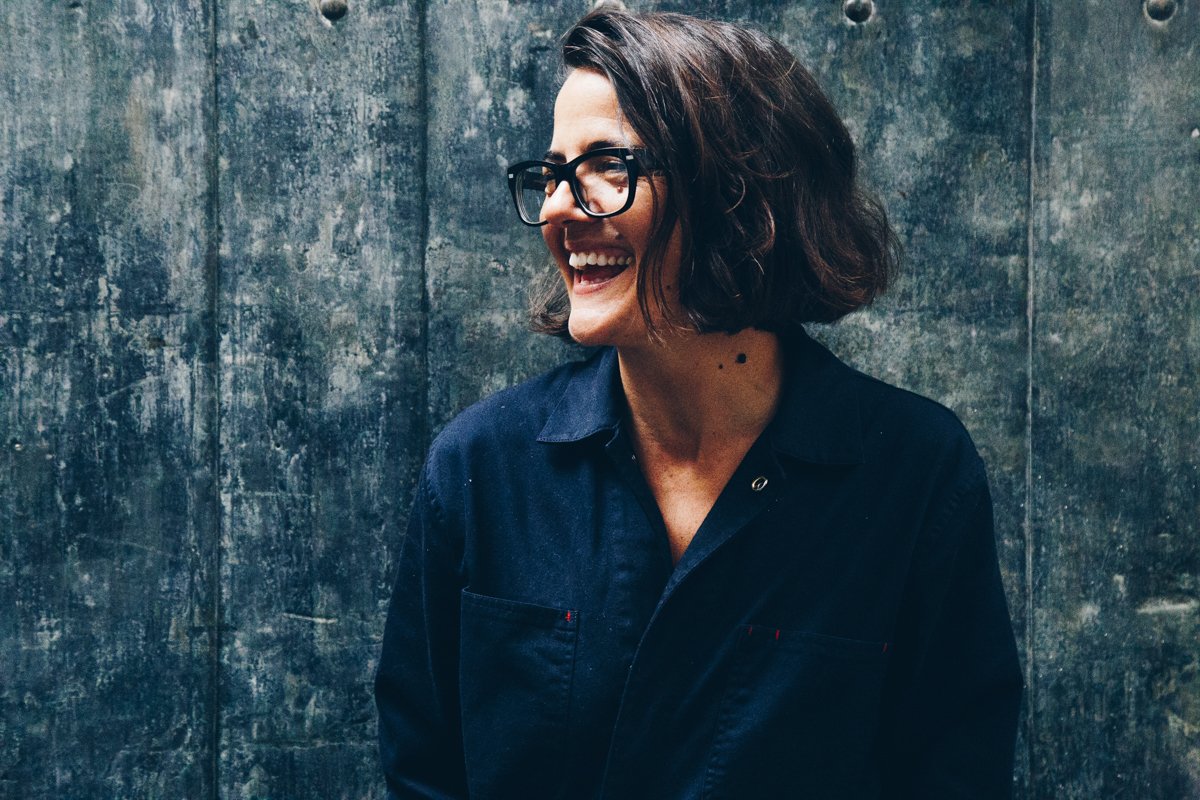 Learn the basics + find your confidence
“Let’s teach people how to cook and displace this notion of fear and pretension of cooking with confidence,” Michelle says.

“Most people aren’t taught how to cook. It’s no longer a common aspect being passed down from one generation to the next,” Michelle says. When we don’t learn, there’s a lack of interest, and more so, a lack of belief in our abilities.

When Michelle “Honey” and brother and co-founder, Chef Chris “Ted” Jackson, closed Cobble Hill’s Ted & Honey Café after eight years along with their catering arm, Parker Red, Michelle wanted to integrate her passion for food, community, and mindfulness into a studio where she and other chefs could teach a sense of purpose in the home kitchen. Cook Space’s five-week Culinary Confidence series helps build a foundation and confident mindset. According to an interview with Gothamist in September 2017, Michelle explains, "Our goal is to dismantle the cooking process to take the fear (and ego and pretension) out of cooking and food - emphasizing the joy that comes from cooking - especially when you cook from a place of confidence and instinct."

“We’ve done a huge disservice in our culture as we have not taught people how to cook. We’re relying on cook books and food shows as the only way,” Michelle says. Not having food and not knowing what to do with it are serious barriers. Learning by doing is best.

Reconsider your time
“Our culture communicates over and over again that we don’t have time, so let’s make this easier for you. They don’t do that with other things,” says Michelle. Take a moment to reevaluate how you spend your time and understand preparing food can be simple and quick.

“I became a better cook when I stopped following recipes and started paying attention,” she says. Michelle recommends using recipes on occasion for inspiration. Notice the first time you cook it and ask yourself how you want it to taste. Pay attention to the flavors and how you want to recreate it. Then let it go.

Take a holistic approach
Cooking should be intentional, mindful, and sensory. Michelle recommends you cook your favorite dish a few times to build a sense of accomplishment. Then trust yourself and taste as you go. “Now you can be embodied in the process, enjoy it, and let your intuition, creativity, and resourcefulness come through.” Michelle explains.

Stock your kitchen and repurpose food
“You’re not going to cook if you don’t have any food in your house,” Michelle reminds us. First, stock the kitchen with basics and then focus on using what you have. Following an exotic recipe that requires ingredients you may not use again is wasteful. Look for seasonal produce and ingredients that work well together.

Keep practicing
Like anything, you get better simply by doing. For Michelle, it started when she was a prep cook.  Whether she was chopping a 50 lb. bag of onions or preparing 100 lbs. of short ribs in a high production kitchen, it was the repetition that helped her skill wise.

Next time you’re about to order delivery from an app or consider dining at the popular farm-to-table restaurant, take a moment to reconsider how you want to invest your time, money, and health. Take a moment to consider what’s really keeping you out of the kitchen. Cook Space reminds us how to connect with our senses, our purpose, and food.

In the end, home cooking really becomes the best way to take care of ourselves and each other. 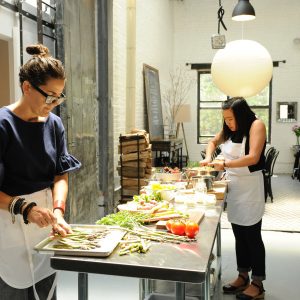 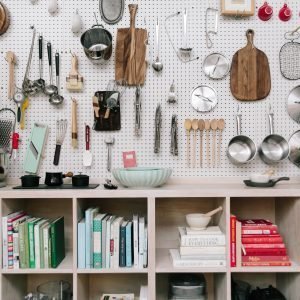 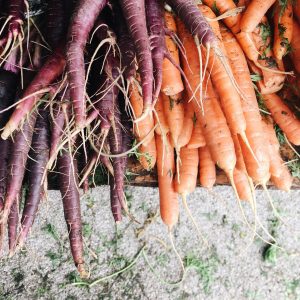 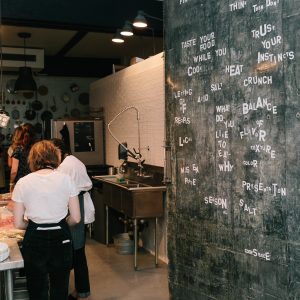 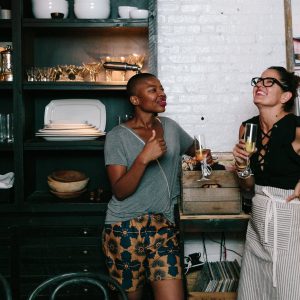 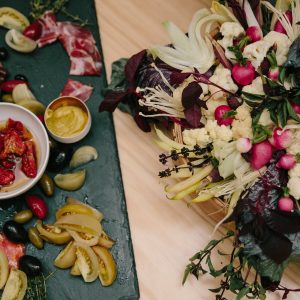 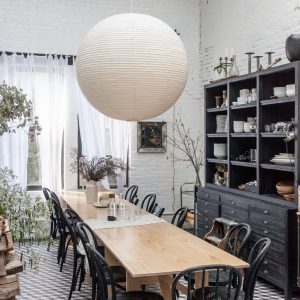 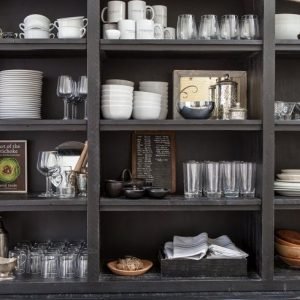 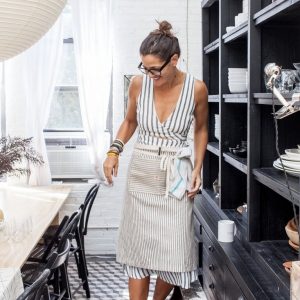 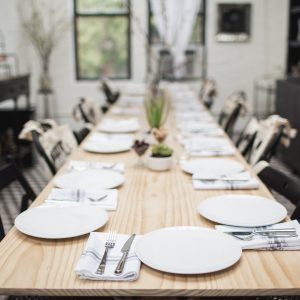 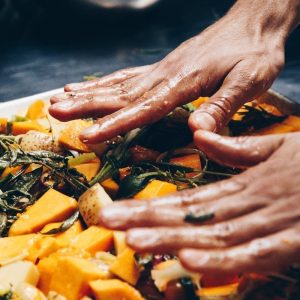 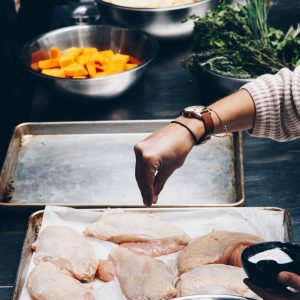 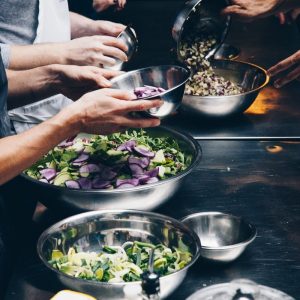 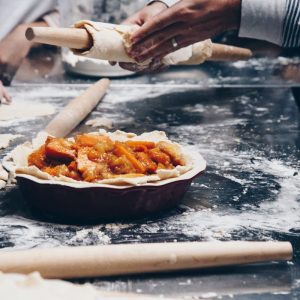 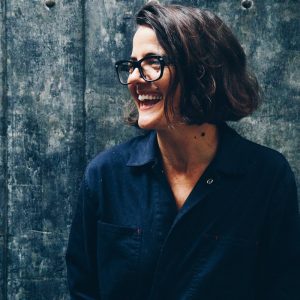